Brussels April 9 2015. A group of Congolese protesters in Brussels gathered in front of the RDC Congolese embassy. they asked for attention of the killed students in the university of Kenya and were angry all attention went to the Charlie Hebdo attacks and not to this terrorist attack. a massgrave found in maluku, next to kinshasha was another reason to protest against Kabila.A man holds a child horn to make noise.The EU parliament in the background 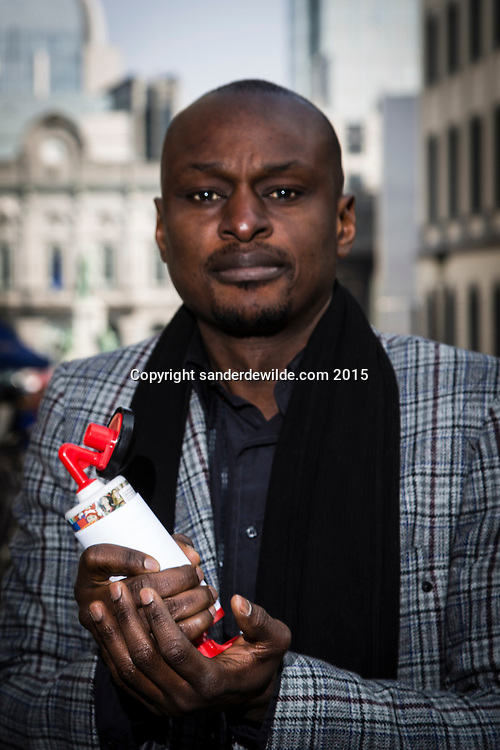