The Mundaneum was an institution created in 1910, following an initiative begun in 1895 by Belgian lawyers Paul Otlet and Henri La Fontaine on documentating science. It aimed to gather together all the world's knowledge and classify it according to a system they developed called the Universal Decimal Classification.It now is a museum in Mons/Bergen, Walloon region of Belgium.An old negative in B&W with Oostende and the archives closets in the background 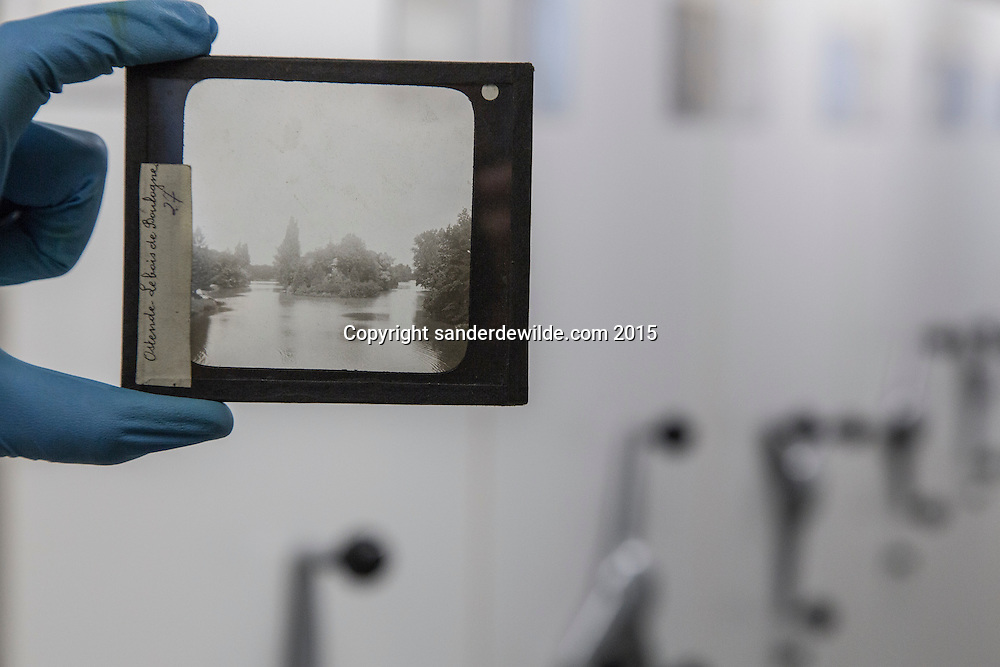