2 March 2015 A group of about 150 Syrians in Brussels hold a rally againt IS, ISIS ,ISL.They represent the Syriac Military Council, a small group of Christian fighters opposing the ISIS army in the Khabour region in the Al-Jazeera Canton of Syria where SMC MFS forces were stationed and captured by ISI on 23 february. The protestors ask the EU governements to help with arms to oppose to ISIS in these parts of Syria.Belgian and Kabour flags, even tattooed on an arm 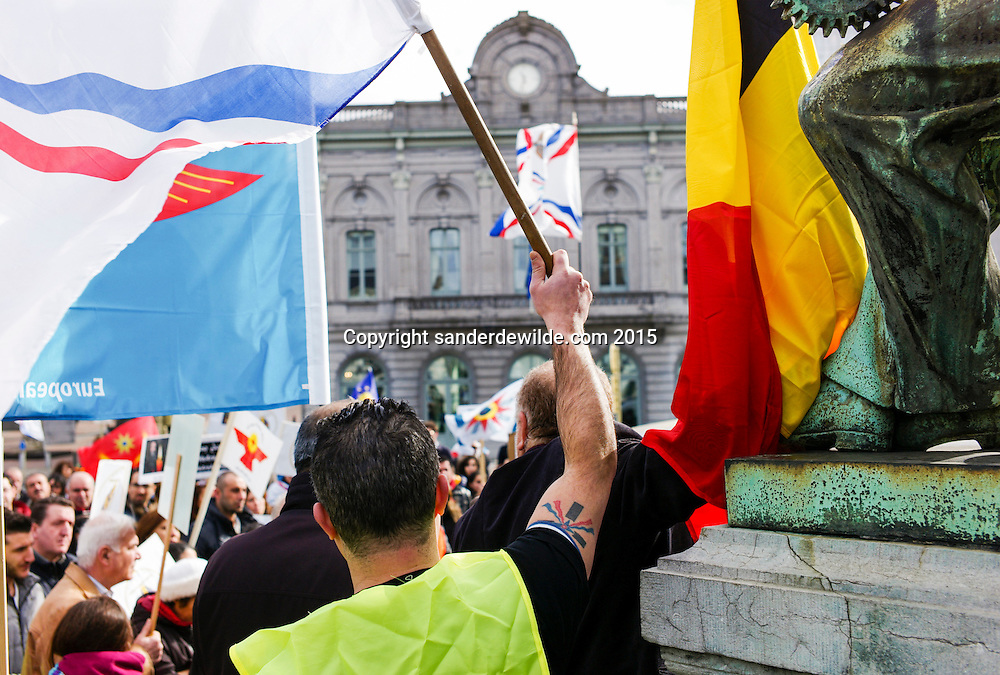