Enda Kenny (left) , Prime minister of Ireland, touches Jyrki Katainen, Prime minister of Finland on his head, whil waiting for a car leaving the EU Budget summit at the European Council building for a break in Brussels, Friday, Feb. 8, 2013. A European Union summit to decide EU spending for the next seven years entered a second day after all-night negotiations left a standoff over spending unresolved. The leaders of the 27 nations inched toward a compromise Friday that would leave their common budget with a real-term cut for the first time in the EU's history. 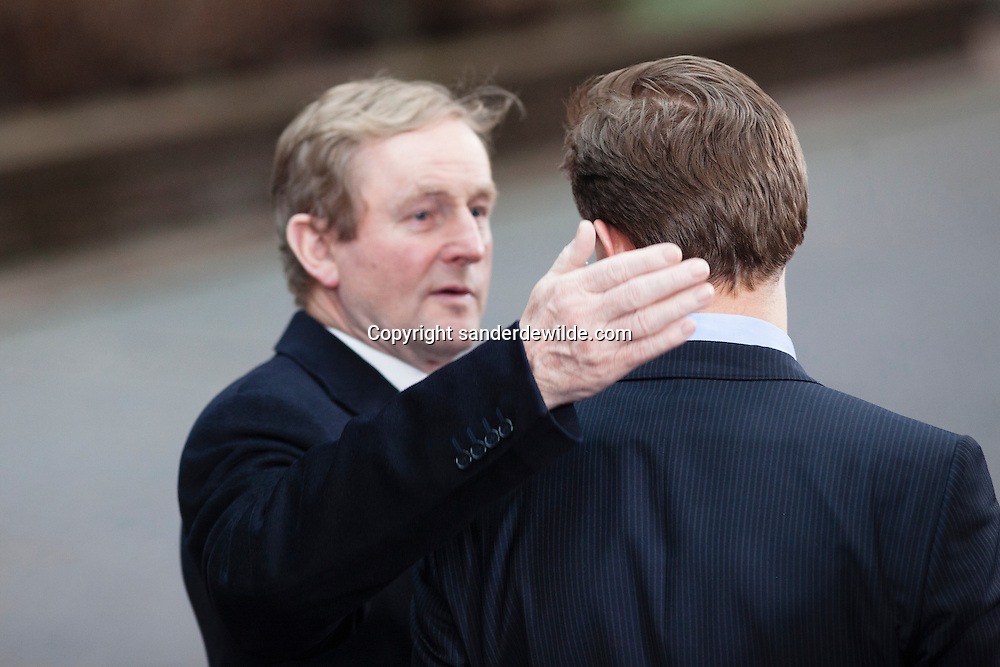